How I got here

I grew up eating pizza. As my friends will attest, I ate a slice of pepperoni pizza, washed down with a carton of reduced fat chocolate milk and finished off with a giant chocolate chip cookie every single day of my junior high and high school career. Six years of pizza.

I'd often come home and microwave some pizza for dinner. No one said I was a pizza snob. If it had cheese and pepperoni on it, I would eat it. It didn't matter if was a slice, on a bagel, in a bite, burnt, frozen, fresh — you get the point.

Did I mention I was rail thin?

It's often said that kids think they're invincible. I was hit by a truck in a crosswalk when I was 12 years old on my way to watch Mr. Deeds (probably a sign from God, which I defiantly ignored when I saw the movie the next day). This translates in most skinny, pop-guzzling, pizza-gorging kids.

When you're a teenager, there are no consequences. You feel good all the time, you get hit by trucks and are fine (at least me), it just doesn't matter. But it does catch up with you, and it caught up with me.

I don't know what I weighed my freshman year of college, if I had to guess I'd say in the 140-pound range. After four-unsupervised years of unlimited access to the worst food imaginable, I was no longer skinny. I started my first corporate job after graduating weighing in at about 185.

Throughout college I exercised plenty. I was incredibly active, participating in three or four intramural sports every quarter, lifting weights several times a week and playing basketball almost every night. Didn't matter.

This was the start of my first journey into weight loss. From Nov. 2012 to March 2013 I lost about 45 pounds, getting down to 140. I was extremely dedicated to the process. I ate a low-fat diet, pretty much eating the same thing every day, which consisted of a home-made breakfast sandwich, a regular lunch meat sandwich, and a turkey burger with no bun for dinner. Every calorie was excruciatingly counted — in and out.

Along with my trusty food diary I completed 90 days of P90X and 60 days of Insanity. While I saw results, I did not have fun. I was brutally strict about completing each and every day, driving my body into the ground further and further.

At the end of that journey, despite being 45 pounds lighter, I was exhausted. My performance in sports suffered. I was so weak from the barrage of daily "cardio" I could hardly swing a baseball bat.

I then decided to "bulk up" in the gym, lifting heavy while eating what I thought would "pack on mass." I ended up putting on some muscle, but also quite a lot of fat.

After about three years with several cycles of "bulking" and "cutting" (basically getting fat, then torturing myself to get skinny again) I'd had enough. A winter full of working out six days a week because I was petrified of gaining weight resulted in a sprained wrist, a sprained knee, and a bulging disc that was getting worse and worse despite physical therapy, steroid injections and deadlift upon deadlift. (Bro, you need to deadlift. Wait, no you don't.)

That's when I discovered the ketogenic lifestyle. Basically people were telling me I could lose weight while doing very little exercise. Since I was so injured I couldn't exercise, I thought why not. I needed to give my body a rest to recover from the three years of punishment I had been delivering to it with over training, so for three months I ate ungodly amounts of bacon, eggs, cream, cheese, mayo, steak, pork — you get the picture.

Three months later I was down 30 pounds effortlessly, eating as much as I wanted. It was a true revelation. Feeling rejuvenated and recovered, I went looking for an exercise regime to match my new lifestyle. 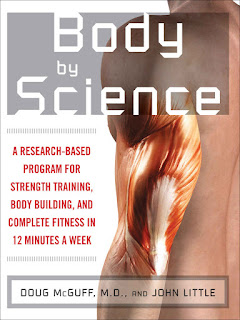 I read Body By Science in a bout a week, which details the science, history and benefits to High Intensity Training. After applying it to myself for about two months, I was hooked. I was feeling stronger than ever and was allowing my body ample time to recover in between sessions.

I then enrolled in the HITuni.com master course where I continued learning about the protocol and how it can be applied using machines, free weights or even body weight exercises. Since then training and nutrition have turned from something I dreaded to something I love. I can eat as much as I want and exercise as little as I need, all while effortlessly maintaining my weight. Isn't that all anyone wants?

Hopefully this has piqued your interest in a real food lifestyle combined with the potent effects of High Intensity Training. It's been a world changer for me, and can be for you too.
Posted by Matt at 4:59 PM 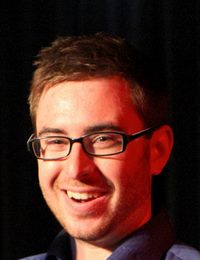